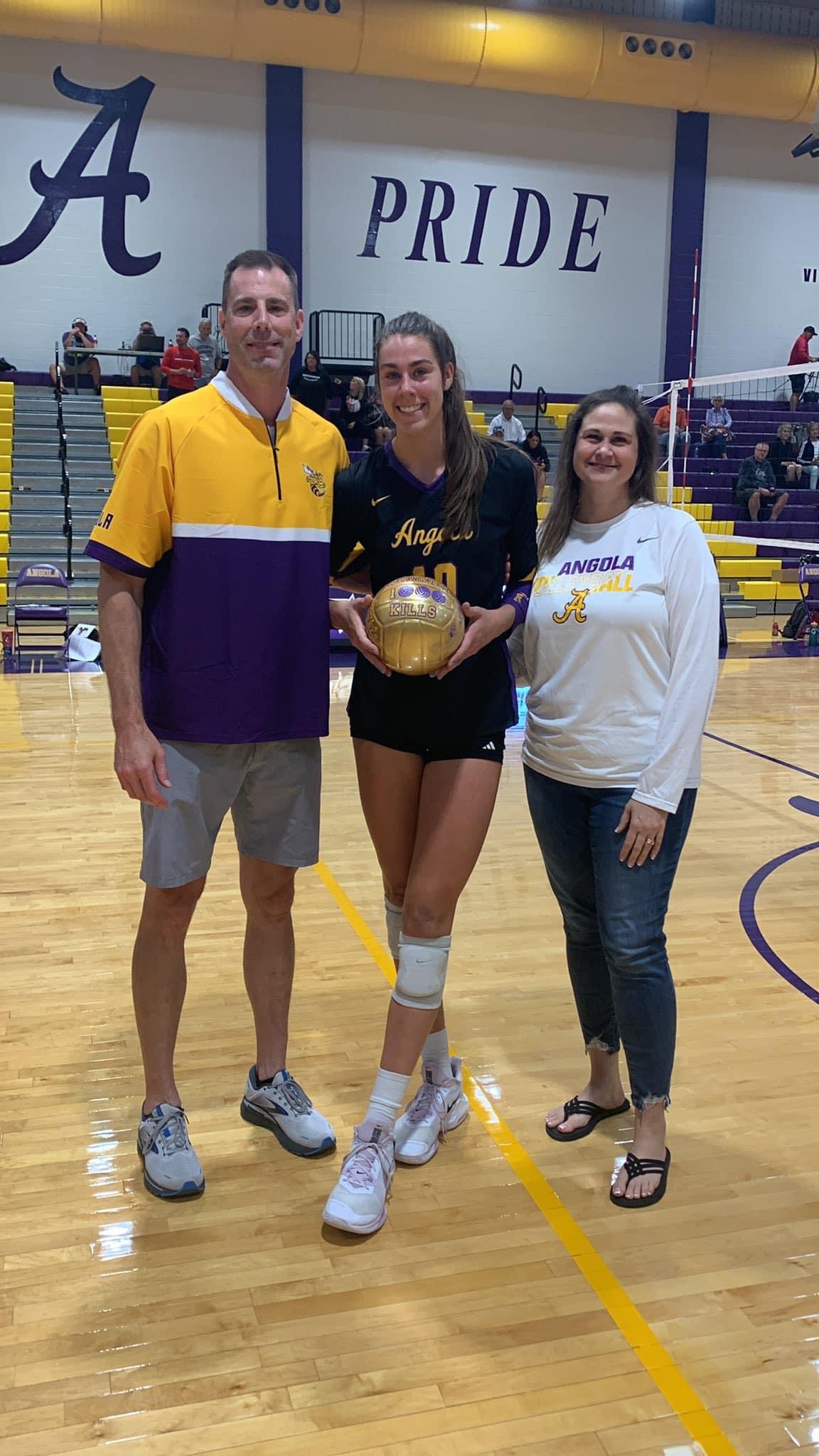 ANGOLA – After a three-way round robin on Saturday, the Angola Hornets Volleyball Team is now 14-0 and have not lost a set this season.

Angola defeated a pair of Top 5 teams, which included No. 2 Bellmont and No. 5 NorthWood (Indiana High School Volleyball Coaches Association).